Welcome to the Leaders in Boiler and Custom Urethane Products & Solutions 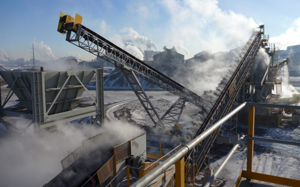 When a Dutch ship builder required a new slipway liner that could handle a speedboat exiting and entering its offshore patrol vessel through a rear bay, the company selected a custom polyurethane from Argonics, a producer of wear-resistant urethane products, over other materials.

The Dutch shipbuilder’s new urethane slipway liner was to replace a nylon plastic liner, which tended to damage speedboats because it was too hard, according to Lars Muller, owner of Muller-Beltex, a Netherland-based parts distributor, who was involved with the project.

“The liner had to resist impact, abrasion, seawater, and UV exposure yet allow the speedboat to slide in and out of the bay without damaging the speedboat or the patrol vessel,” said Muller.

To maximize durability and cushion the impact of the speedboat entering and exiting the offshore patrol vessel’s rear bay, Argonics engineers collaborated with the Dutch shipbuilder and Muller-Beltex to engineer a urethane slipway liner comprised of two layers of material each with a different durometer, a measure of hardness.

“The urethane’s harder top layer has more resistance against cutting and tearing, while the bottom layer is softer to better withstand the impact of the powerboats,” said Muller.

The specific urethane formulation helped create strongly bonded layers that would not separate.

“We recently beveled the slipway liner’s edges to ensure that no seawater or sand could get behind it. We also hardened the urethane at the bolt holes to better hold the screws and attachments where they fit the liner. To ease installation in the field, we added countersunk areas in the liner to match the exact positions of the part’s countersunk boreholes.”

“With urethane, you can combine strength, resilience, and lifetime durability,” added Muller. “The end user is very enthusiastic about the slipway liner.”

Cast polyurethanes, broadly referred to as urethanes, are tough, elastic materials that combine many of the performance characteristics of high-tech plastics, metals and ceramics along with the resiliency and flexibility of rubber parts.

Unlike its closest counterpart, rubber, which is prepared as sheets or loaves before being molded in a high pressure press, urethanes can be poured as a liquid mixture into less expensive, low pressure molds. Using this technique, complex mold cavities can be filled without high-pressure molds and presses.

This technique provides many advantages, not the least of which are lower tooling and production costs than both rubber and plastic molding, and lower material cost than metals and ceramics.

There are many formulations – some proprietary – that can be used to manipulate a range of variables such as hardness, resilience, spring rate, and chemical resistance.

For this reason, design engineers interested in a possible switch to polyurethane from plastics, steel, ceramic or rubber parts are often best served by seeking out the assistance and guidance of experts in urethane formulation.

Send Us A Message

Your single source for concept, design, installation, and maintenance of your boiler, burners, and process systems.

Fill out the form below to request a free quote or a callback from one of our experts.